I was hugely impressed by the form and manner of creating new pieces of legislation, their innovation and assumptions included. The purpose of parental leave mandatory for both parents was to comply with the child’s right to be taken care of by both parents, and to balance the women’s and men’s labour market opportunities – Natalia Sarata from Women’s Space Foundation talks about her experiences from study visit in Iceland concerning gender equality policies implemented there.

I visited Iceland for the first time in October 2009, on the threshold of what was later recognised as an economic crisis. I was attending a seminar on parental leave law Iceland had drafted and implemented. I was hugely impressed by the form and manner of creating new pieces of legislation, their innovation and assumptions included. The purpose of parental leave mandatory for both parents was to comply with the child’s right to be taken care of by both parents, and to balance the women’s and men’s labour market opportunities. Feminist communities had probably been the only ones considering such legislative assumptions in Poland at the time. I couldn’t help wondering whether – in light of the economic crisis – the gender perspective would remain a criterion considered for purposes of sound system solutions, or whether the market downturn would push it to the back burner as one of lesser importance. In June 2015, during a study visit to Reykjavik organised by the Stefan Batory Foundation as part of the Citizens for Democracy Programme, I was given an opportunity to seek an answer to my question.

The visit focused on gender equality policies implemented by Iceland at the government, local authority, and non-governmental levels. Representatives of more than ten Polish feminist organisations and institutions active in gender equality joined the visit. We met representatives of i.a. the Icelandic Human Rights Centre and the Icelandic Women’s Rights Association, and a member of the WOMEN Women of Multiple Ethnicity Network. We were also received in a Shelter for Women and at Stigamot, a support centre for individuals with sexual violence experiences. We met an activist representing Stelpur Rokka – an organiser of music camps for girls and transgender youth. We visited the Ministry of Welfare and the Ministry of Finance, as well as the Human Rights Bureau of the Reykjavik City Hall. 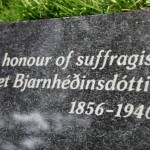 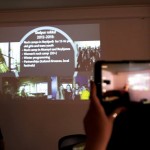 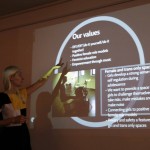 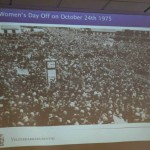 During these meetings, experiences I personally found hugely important and inspiring included an observation that all parties to systemic and local changes (not only social initiative activists) share the belief that gender equality and freedom from discrimination and violence are of paramount importance to society and its development. At the ministries and magistrate of Reykjavik, officials who received us used the most important arguments fostering gender equality. At similar meetings held in Poland, such words remain the domain of feminist activists. In Iceland, gender equality is an undeniable and fundamental assumption, indisputable in confrontation with public officials and requiring no justification. Upon hearing one particular comment by a high-ranking civil servant of city authorities, contrasting with what I usually hear at my local City Hall of Cracow, I reacted with something akin to incredulity. The Icelandic official firmly declared that equality policies are an obvious responsibility of local authorities, as discrimination is experienced by many members of the community. “Use the argument when communicating with your own authorities”, she said (well, I have).

It was also emphasised in the course of many meetings that social research is a fundamental component of equality-fostering change. Recent data concerning gender-related budgeting results was quoted alongside diagnosed processes involving the migration experience; consequences of the new gender-related violence prevention programme were discussed against statistics over time; effects of an in-depth assessment of implementation results for a number of equality projects were presented. As proven by Icelandic experience, all data, analyses, and credible issue diagnoses – staying in touch with what occurs in the society – is of paramount importance to the entire process of legislative solution planning. I believe this is due not only to the fact that the Icelandic population is minuscule when compared with Poland (Iceland has an approximate population of 330,000, 122,000 of whom Reykjavik residents), making it relatively simple to extend social research to everyone inhabiting the country. I am deeply convinced that the fundamental purpose is to approach the very serious tasks of community management and accountability for creating conditions for a good life in a possibly equal society. Iceland’s progress in equality-fostering action is striking. Yet local feminist organisations still have a lot to do, which translates into extensive recommendations for the government and local authorities alike. Urgent problems highlighted by local feminist movement activists and persons active in human rights causes include gender-related violence, as well as circumstances of the disabled, of intersexual individuals, and of migrants. Despite considerable challenges ahead, Iceland remains a place which may well trigger a sense of equality deficit madness, not to mention a conviction that an abyss separates Poland from the “land of ice”. On the other hand, the Icelandic experience may well become a source of hope that change is possible.

Thus is in light of the visit, energy expending seems to be a matter of key importance. Once the majority of (or all) parties acting to support equality recognise the need to counteract discrimination and violence, considerable energy could be saved and used for purposes of new ideas, more effective activities, and work of merit. Feminist activists are aware of the kind of determination required to bring down the wall of feminist postulate misunderstandings. Decision-makers’ resistance and a lack of political may lead to gross waste of social energy and of real chance for equality-based reality.

What about my question as to gender equality policies I encountered in 2009? Since 2009, the year of Iceland’s economic crisis, the country has been firmly ranking first according to the annual Global Gender Gap Index study: Iceland remains the country with the highest gender equality index in the world (having previously ranked fourth for a long time). Let that be the answer.

Study Visit to Iceland, took place on June 2nd – 5th, 2015. Visit was organised within Citizens for Democracy Programme  financed by the EEA Grants.