From the Rainbow to hate – debate

Everyday I check via Internet camera if the Rainbow is still there – said Julita Wójcik, the creator of the installation during yesterday’s debate. Thursday meeting in Studio Bar, focused on the Warsaw Rainbow and more generally on hate speech was held without fire but in a dynamic atmosphere.

After a short introduction, Piotr Pacewicz from the Media Fund Foundation, co-organizer of the debate, presented the results of the survey conducted in April by PBS. According to the survey, over 60% of the citizens of Warsaw support the Rainbow and are ashamed with the repeated acts of its destruction. Over 70% of respondents recognize the Rainbow as a symbol of joy, over 60% – as a symbol of tolerance and openness. Hanna Gronkiewicz-Waltz, the president of Warsaw, referred to those values, underlining the importance of openness, difficult art of compromise and coexistance of different groups and social interests. The artist herself admitted that primarily the Rainbow was supposed to be a positive call for tolerance, respect for the human dignity and freedom of opinion. Only after it had been burned, November 11, 2013, the storm around it has started and it lasts till now.

The second panel was focused on the experiences of non-governmental organizations from different parts of Poland. Dariusz Paczkowski from Klamra Foundation from Żywiec, Joanna Synowiec from NOMADA Association from Wroclaw, Konrad Dulkowski and Rafał Gaweł from TrzyRzecze Theater from Bialystok, Joanna Talewicz-Kwiatkowska from Dialog-Pheniben Foundation from Krakow talked about their local “rainbows” and shared the ideas how could we work together to stop them from burning. The discussion revealed quite depressing picture of our society, however at the end all guests agreed that the only recipe for change is education towards mutual respect and openness, taken up not only by the NGOs but introduced to the national education system.

Agnieszka Graff, initiating the last panel of the debate, underlined how important it is to go beyond the scheme: victim – executioner and make an effort to understand all parties involved in the conflict around the Rainbow and about what it symbolizes. The discussion was attended by Marta Konarzewska, editor of „Furia” magazine, Marcin Lisak, Dominican, Jarosław Makowski, director of the Civic Institute and Aleksander Smolar, political scientist, president of the board of the Batory Foundation.

The meeting in the Studio Bar initiated a series of debates around the hate speech that will be organized within the Citizens for Democracy programme. June 12th the Batory Foundation holds a conference to present the results of the first nationwide research on this disturbing phenomenon. We want to continue some of the issues discussed during the Thursday debate. We will try to answer the question why young people are so vulnerable to hate speech and what can we do about it, what is the response of the polish legislation to the topic and how media are involved. More info coming soon!

The debate has been organized by the Batory Foundation and Media Fund Foundation within the Citizens for Democracy programme financed by the EEA Grants. Media patronage: Gazeta Wyborcza and TOK FM Radio. 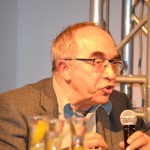 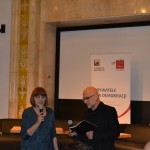 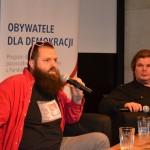 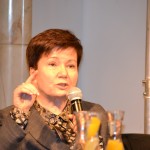 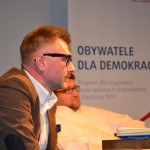 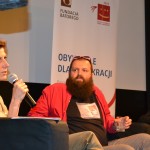 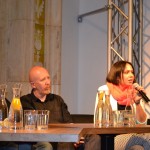 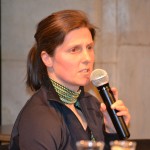 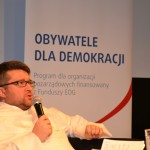 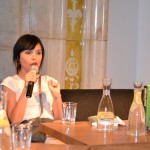 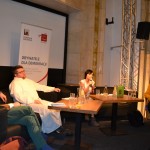 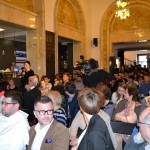 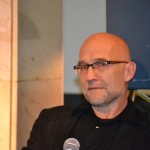 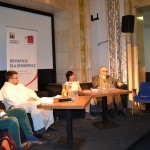 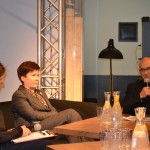 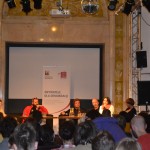