Hate speech in Poland 2014 – after the conference

The conference took place on Thursday, June 12, 2014 in the Sejm of the Republic of Poland.

In case of the hate speech we actually face two problems: the hate speech itself and the shameful indifference of those watching it – said Joanna Kluzik-Rostkowska, the Minister of National Education of Poland during the conference „Hate speech in Poland 2014 – legal issue, social problem or media phenomenon?”, organized by the Batory Foundation within the Citizens for Democracy programme financed by the EEA Grants.

The conference began with the presentation of the results of the latest research on hate speech conducted during the I quarter of 2014 at the request of the Stefan Batory Foundation by the Public Opinion Research Center and the experts from the Centre for Research on Prejudice of the University of Warsaw. The results are clear – the most frequently we come across hate speech in the Internet and it strikes mainly the homosexual minorities, which in the recent years took over the position of the Jewish minorities in these statistics.

I detest fags – they are degenerate human beings, they should be treated – every fifth Pole thinks that such a statement is admissible in the public discourse. Almost two thirds of young Poles encountered examples of anti-Semitic hate speech on the Internet. Every third adult Pole read racist statements on the Internet, and as much as 70 percent of young Poles declare that they encountered such statements on the Internet. However the problem is not only online. About the same percentage of Polish young people heard hate speech towards Romani people from their friends.

Surprisingly high percentage of Poles accept hate speech – in particular towards Jews, Romani people, and non-heterosexual persons – and see nothing offensive in it. But the representatives of the minorities are positive that such statements are offensive and should be forbidden – explains Michał Bilewicz from the Centre for Research on Prejudice of the University of Warsaw, one of the authors of the report.

During the second part of the conference the floor was open for the representatives of the NGOs, public institutions, politicians and media. Marta Rawłuszko from the Anti-discrimination Education Association recalled the postulates of the Coalition for Anti-discrimination Education concerning introduction of the quality anti-discrimination education to the formal education system in Poland. Paweł Wujec from Gazeta.pl, Agata Wacławik-Wejman from Google-Poland and Maciej Nowicki from the Helsinki Foundation for Human Rights discussed the limits of the freedom of expression, responsibility of the media and Internet providers for hateful content and talked about the tools and ways of counteracting it.

– Internet has a great impact as it inspires and affects both young audiences and older generation. It should be used as a tool for counteracting racism, xenophobia and all forms of hate speech – underlined Karsten Klepsvik, the Ambassador of Norway in Poland.

Representatives of the judiciary and NGOs talked how effectively fight hate speech. Edyta Petryna from the Prosecution General Office informed that the number of hate crimes with the racial, ethnic background reported to the prosecution offices during the last 5 years increased nearly fivefold. Unfortunately, most of these cases have been remitted. Paula Sawicka from the Association against Anti-Semitism and Xenophobia noted that it’s often because the members of the law enforcement units lack not so much the relevant law or tools but the ordinary sensitivity and empathy.

The research and the conference are the background for activities against hate speech organized by the Batory Foundation in cooperation with other NGOs with the support of the EEA Grants. 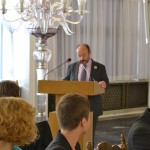 Rui Gomes, Head of Youth Department of the Council of Europe 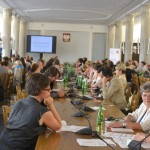 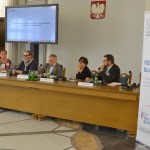 Panel I: How to confront the hate speech trend among peers? 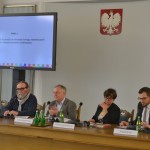 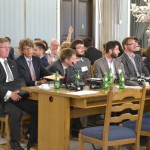 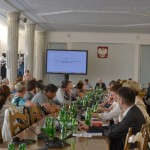 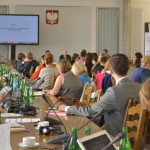 Panel II: Are the media responsible for hateful content? 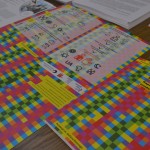 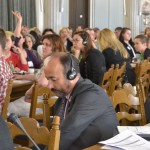 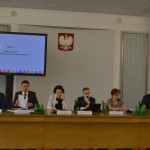 Panel III: How can we effectively combat hate speech?