– There is no citizen without democracy and no democracy without citizen. Thinking today about the beginnings of our democracy, we are proud of what has Poland achieved. But that freedom gained 25 years ago requires further development.   Our citizens are not empowered enough. This must be changed and it is the role of this programme – said Jacek Michałowski, Head of the Chancellery the President of the Republic of Poland during the launching conference of the Citizens for Democracy Programme, financed by the EEA Funds.

Poland has been receiving funding from Norway and EEA Grants since 2004. For the period 2009-2014, EUR 578.1 million is allocated to the country. This makes it the largest beneficiary of the EEA and Norway Grants. 14 other European countries benefit from the similar assistance, but it’s been Poland that received the biggest budget.

The funds have been allocated to the 16 thematic programmes, that support research cooperation, environment protection, cultural and natural heritage protection, health, civil society development etc. One of them is Citizens for Democracy – the NGO Fund  operated by the Batory Foundation in a partnership with the Polish Children and Youth Foundation. It’s total budget is EUR 37 million what makes it the fifth programme in Poland in terms of the amount granted.

The aim of the Programme, planned for 2013-2016 is to strengthen civil society development and enhance the contribution of non-governmental organizations to social justice, democracy and sustainable development.  The NGO sector in Poland has been waiting for this kind of opportunity for a long time. The launching conference, that was held on Wednesday, September 18 at the Museum of the History of the Polish Jews in Warsaw, gathered over 300 representatives of different NGOs from the whole country. The thematic frame of the programme is also very wide. Grants will be available for the projects aimed at mobilizing civic participation, promoting audit of the public institutions, supporting actions against discrimination, social exclusion and those involving children and youth. The priority in the first edition are the actions aimed at combating hate speech in the Internet.

– Young people today live in the world of Internet, what can be  a great opportunity but also a threat. The Internet offers opportunities to develop shared solutions and express  common attitude to the government. But giving the freedom of expression and at the same time a sense of anonymity can lead to the loss of a sense of responsibility. Therefore we should think how the Internet affects participation in a public life – underlined Michał Boni, Minister of Administration and Digitization.

The first part of the conference, led by Aleksander Smolar, the President of the Batory Foundation, was attended by Ingrid Schulerud, Ambassador, Section for Central Europe and the EEA/Norway Grants, Ministry of Foreign Affairs of Norway, Jacek Michałowski, Head of the Chancellery the President of the Republic of Poland, Wanda Nowicka, Deputy Speaker, Parliament of the Republic of Poland, Jacek Męcina, Deputy Minister of Labour and Social Policy and Jakub Wygnański, President of the Board of the Unit for Social Innovation and Research – Shipyard, Member of the Public Benefit Council.

During the plenary session the experts discussed about the importance of NGOs’ activities and their role in the 5 areas of the programme. The session, moderated by Ewa Kulik-Bielińska, director of the Batory Foundation, attended: Anna Giza-Poleszczuk from the Sociology Institute, Warsaw University, Laura Stefan from Expert Forum EFOR, Romania, Michał Bilewicz from the Center for Research on Prejudice, Faculty of Psychology, University of Warsaw, Marek Rymsza from the Institute of Applied Social Sciences, University of Warsaw and Ana Perona-Fjeldstad from the European Wergeland Center in Norway.

After the plenary session representatives of the NGOs attended workshops, where they discussed the thematic areas financed within the programme. During the second day of the conference they took part in the matchmaking session with the organizations from Norway and Iceland in order to work out some basic concepts for the projects implemented in the international partnerships.

The first call within the Citizens for Democracy programme has already been opened. The deadline for submission of the applications for thematic projects is October 15. There will be only one call for systemic project that starts October 16. The systemic projects  are aimed to develop and implement systemic solutions that will strengthen and enhance the quality of the entire non-governmental sector in Poland.

We would like to thank everyone for  such a strong participation in the conference in Warsaw and for following us online! 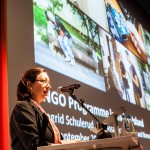 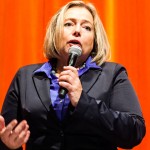 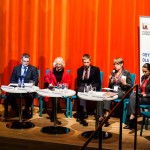 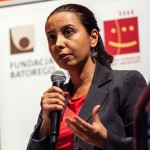 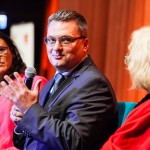 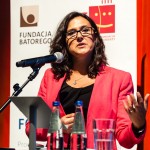 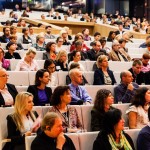 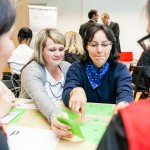 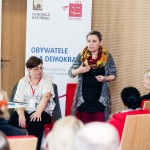 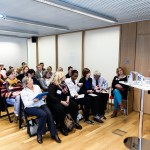